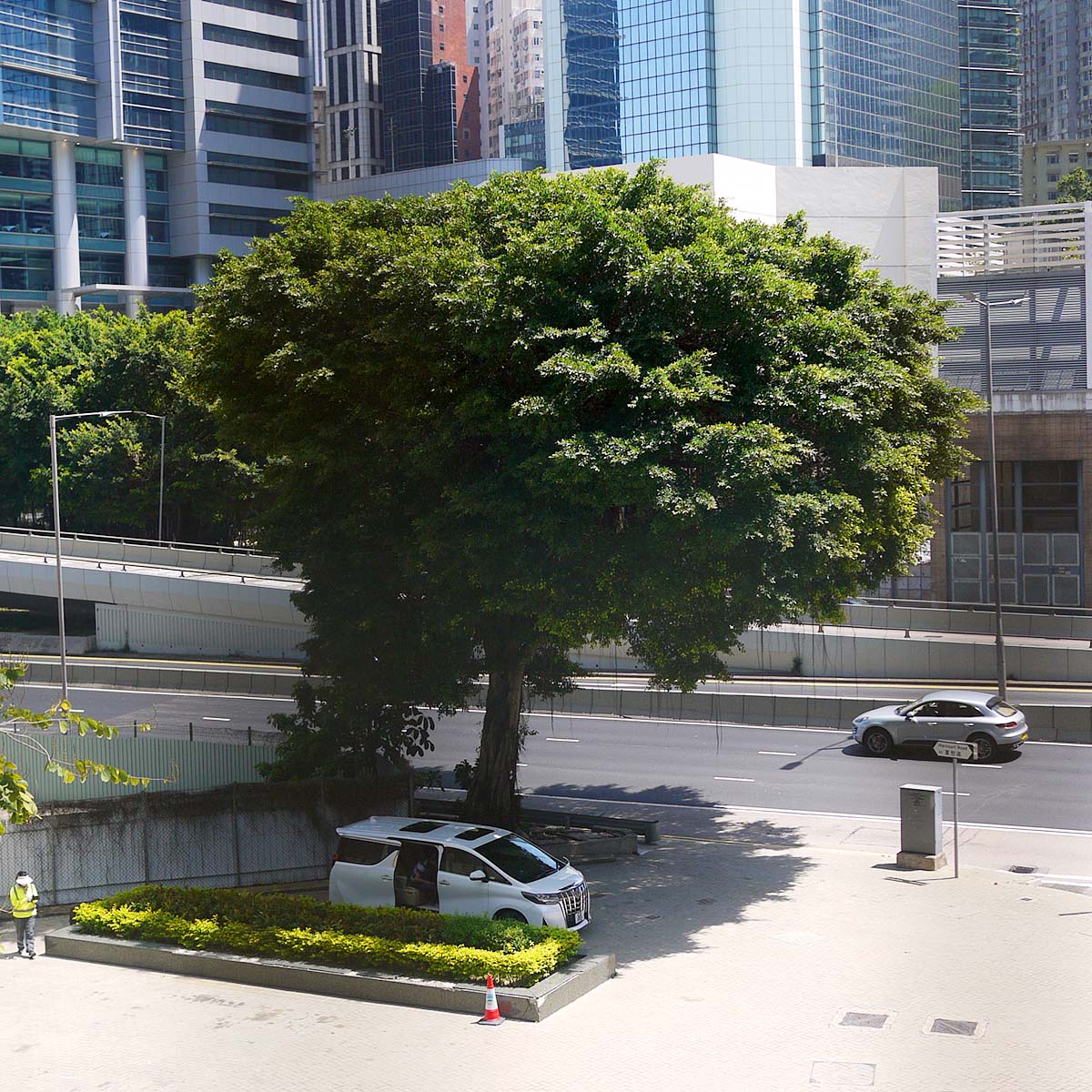 Hong Kong Red Cross was established in 1950 and its headquarter on Harcourt Road was in operation since 1965. After the demolition in 2015, a Chinese Banyan tree with unbalanced tree crown retained on site. This location has now become Site 5 in the New Central Harbourfront, and will be used for the future relocation of the High Court (currently located on Queensway).

Chinese Banyan is a native tree, common in urban and rural areas, and is considered a Feng Shui tree, providing good shade for residents. The tree has a long lifespan and dense aerial roots—people believed that there lived spirits inside. There are many old and stonewall banyan trees in Hong Kong worthy of attention: An old banyan in Pacific Place was planted in former Victoria Barracks, reaching an age of over 100 years old. When Victoria barracks was converted into Pacific Place in 1988, the government asked the developer to preserve this old tree. Finally it spent about HK$26 million to build giant flower pots to protect the tree roots and the underlying structures.

The northern coastline of Hong Kong Island has been developing continuously. In the 1960s, the government turned Navy Yard into Harcourt Road, while Wan Chai carried out the second large-scale reclamation project, building a government complex, Hong Kong Academy for Performing Arts (HKAPA), Hong Kong Arts Centre (HKAC), Hong Kong Convention and Exhibition Centre (HKCEC), and commercial compounds at the north of Gloucester Road, being connected by footbridges. Since then, the north and south of Wan Chai has been divided—the south of Gloucester Road is called ""old Wan Chai"".

In 2002, the Urban Design Study For The New Central Harbourfront was launched. The government re-zoned the waterfront land for tender development. The design concept Site 5 was Arts and Cultural Precinct. Two lands near Site 5 have been reserved for the potential expansion of cultural facilities such as HKAPA and the Hong Kong Visual Arts Centre. In 2019, Fenwick Pier, which had served foreign warships and sailors for more than a half century, was not renewed by the government, and the land was taken back for the relocation of Kong Wan Fire Station. In 2021, the government announced that the High Court would be relocated to Site 5 in the New Central Harbourfront.